I bought my Challenger new in late 1971. It's gone through many modifications and configurations since then, right now it has a 440 from a '69 CHP unit, rebuilt by me after it broke the crank in half. Auto trans, all of the mods that make up the R/T model (never made in a '71 convertible), plus Recaro front seats and some other nice stuff. It has a quarter mile best of 10.99 seconds, although it was considerably different than it is now.

It finally went in for its 3rd paint job in the middle of July 2006, and is now in the process of being stripped down to bare metal. (Paint job #2 was poorly done by "a friend of a friend" and did not last)

Doing the body work & paint is Jim Shuck of Master Coach Works. Judging by work I've seen, this will be a superior job, and the last paint it gets.

Here's a few before photos. I'll post updates and more photos as the work progresses. 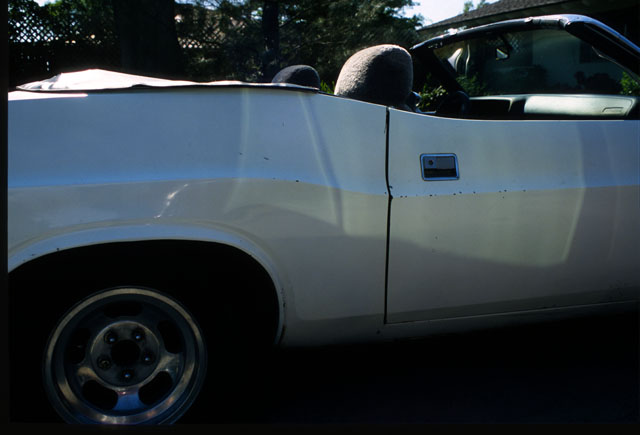 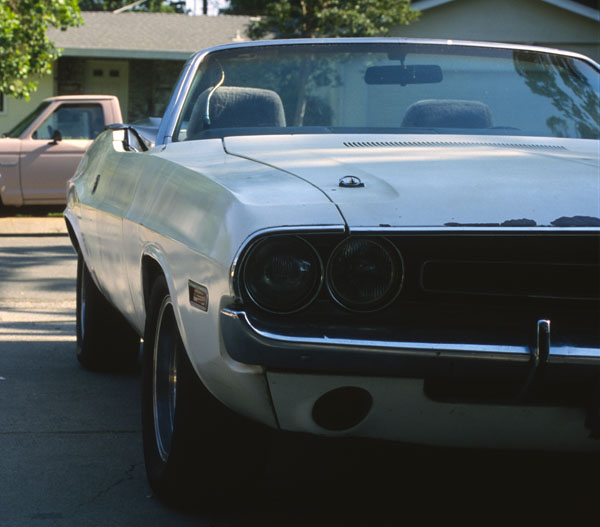 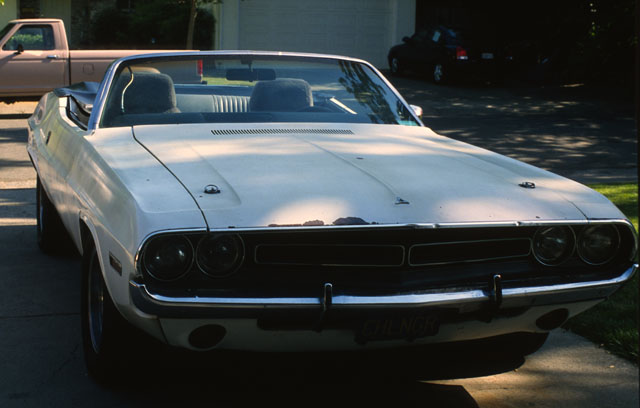